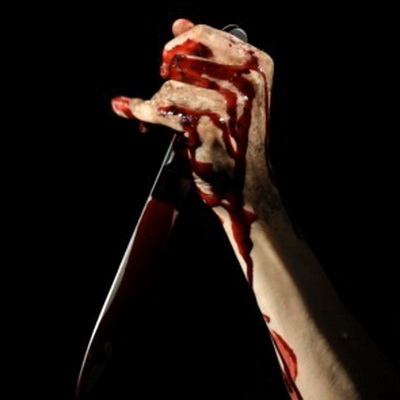 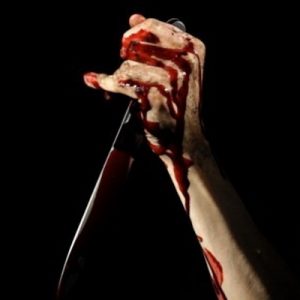 I’m a huge movie fan … and not only movies … I also love to watch intelligently made tv-shows. I love the plots, the drama, the human fates and manufactured destinies. I must admit I mostly love the more naive shows, especially ‚Star Trek’. ‚Star Trek’ kind of turned me on to become a tv-show-fan. I saw all episodes of all series … at least three times each. When I knew them by heart I was looking for other visual food. I watched ‚Six Feet under’, ‚The Sopranos’, ‚True Blood’ and others. I must say I really enjoyed them in the beginning. But then after a while I got a bitter taste in my mouth. Why would I ingest so much morbidity, the adoration of evil, the normality of feeding by killing others? So I stopped. I missed ‚Star Trek’ very much. Why? I had enjoyed themes like the strive for equality, watching the first kiss between a white man and a black woman on American tv, the fight against injustice, polution and hypocrisy. And not all of that in palatable sizes. The drama was the emerging of an ethical standard which would satisfy the conscience of the charakter in question. Those personalities were simple – true – but they were role models. Role models for and from a distant future with a positive outlook on the posibilities of human development. So, call me naive. I agree. And I am proud of it. This naivity provides me with a clear conscience which allows me to recognize a lie immediately when it is spoken and the truth whenever it crosses my path.

Now look at the more intellegent tv-shows of today. What are they? Suits? Only one level of story lines.  ‚The Lottery’. We will see what the second season will bring. The good wife! Yes! That is intelligently manufactured television. One also could enjoy ‚Scandal’, ‚The Blacklist’, ‚House of Cards’ and ‚Game of thrones’ of course. But even if I like to watch them … I don’t really enjoy them. Why? Cause all they contain is lies, deception, betrayal and some even murder as main themes. And all those stories are told as if it was the most common and normal thing on earth to lie to your spouse, to betray your friends and – if neccesary – to murder your competitor. All for the greater good, of course (which mostly resides on the protagonist’s bank account). I wish I could forget all the ‚Star Trek’-series and watch them all over again for the first time! After seeing the deeds of ‚those makeshift heroes’ who try to maintain friendships and even love relationships with the people they betray, lie to and deceive for 45 minutes I feel dirty inside. I am mentally and emotionally polluted as an effect. Why would people be so mean toward each other? Why would they choose money and power over love and friendship? I have to think about it for days to get rid of the emotional crap those shows spread. After watching I am always infested by the dirtiest of human standards. To feel pure and clear from the inside again I have to meditate more and dwell on the positive sides of life. Still they stick with me for a while. It is as if I had been taking a shower under a latrine of spiritual feces.

The question is: Why did people start producing shows and movies in which bad and evil are more valuable than good and noble things? It all changed not so long ago. I remember when I saw a criminal as the winner on the screen for the first time. In the beginning it felt adventurous and subversive. I thought then: ‚Finally the underdogs are beating back!’ But when I was confronted with family men whose carriers involved murdering and torturing people – only to make more money with even worse tasks – I realized that this was going way beyond irony and sarcasm. Here viewers were being encouraged to become dishonest, to pursue the life styles of crooks and to regard the criminal carriers of mobsters as the honourable and normal thing to do!

The message is: Crime does pay!

We all watch movies and tv-shows. Online, on tv or in cinemas. But nowadays we have to ask ourselves more than ever: What is the message I am inhaling together with the action, the sex and the storylines? What are the ‚ideals’ I plant in my subconscious day after day with entertainment, zoning out into the thoughtless void as a short vacation from my ever active mind? We use those contemporary digital storytellers as relaxation agents. Nothing to say against that if it stays within boundaries and doesn’t slide into addiction. But one has to be aware that the state of mind which most shows and movies produce is highly susceptible to hypnosis.

If you look at the moral agendas of most citizens nowadays: Tax evasion has become a trivial offense. The more money you have the less important it is where it came it from. Money and power seem to be sexier than ever … for both sexes.

On the other hand honest people are being smiled at. Truth loving men and women more and more often are called idiots. Without a minimum of criminal energy it has become equal to impossible to run even the smallest business. We are becoming slaves of the gray zones of ethical conduct. And seemingly we are not opposing this development.

I am not a conspiracy theorist. I don’t postulate that all of this is the psychedelic assault of some secret society and a bunch of extraterrestrials. But I do say that it is a bad and sorrowful development. Of course human beings are no angels (and we never were) but most of us are no devils too! We always were trying to climb the steep slope toward GOODNESS. But now we seem to have turned our backs to this strenuous endeavor. We seem to have changed directions and are tumbling down toward the ethical standards of barbarism with increasing speed … struggling solely to evade juridical punishment. The desirable thing nowadays is not to be without blame but to appear in the twilight … as criminals, which you can prove nothing.

I don’t say that movies and tv-shows make us do those things. But they inspire and motivate us in that direction. And if the ethical standards would not decay we wouldn’t even bother to watch them. So let’s change direction here. Let’s be more selective about what we watch. Let’s not get hypnotized by greed and violence. Let’s turn our backs on deception and betrayal … and find out how it feels to revere goodness  and grace again.

Don’t wait for the masses to move. They never will if you don’t! Shuffle together your individuality and refuse bad standards. Deny the general norms of mediocrity your cooperation.

Try to achieve something good.