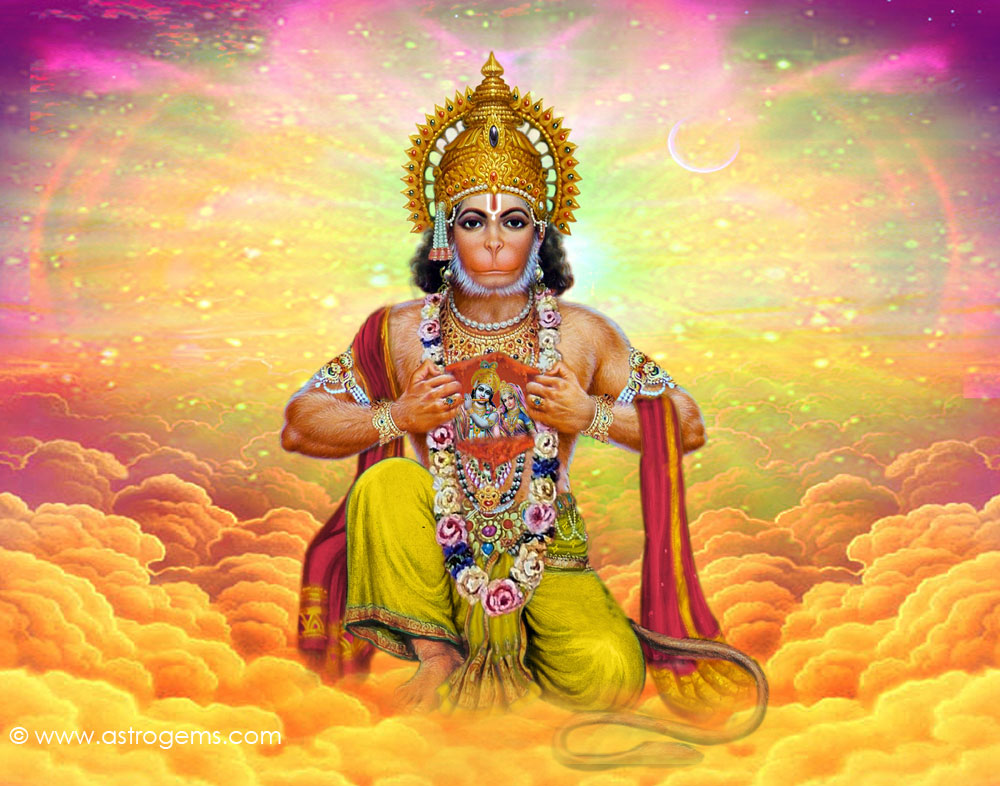 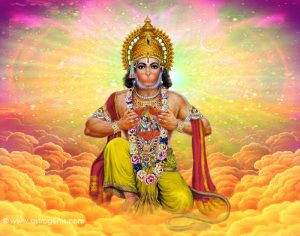 In April 2014 just before leaving India I went with my family for a short vacation to Rishikesh. Our two year old son was especially impressed by the big Hanuman statue at Parmarth Niketan. He looked at the large, muscular god and pondered on his open heart were Rama and Sita resided. Off course for a little German boy these were not two gods but simply a man and a woman. May be he saw his parents in them, may be his grandmother and grandfather, may be some other loving couple. He called him ‚Hallo Mann!’ since this was the closest he could think of to the Sanskrit name Hanuman. ‚Hallo Mann!’ is German and means as much as ‚Hello man!’. We bought him a little statue of the god and it has a place of reverence on his small table where his toys are assembled. But he never plays with it. He greets him regularly: ‚Hallo Mann!’ he says. He has a connection, that’s obvious.

I like Hinduism very much because this religion has many layers on which it can be understood and perceived. But the way I like to interpret it especially is as a general Indian metaphor. Sure in India there are countless religions  … Muslim, Jain, Sikh … even some Christians live there. But I like to see Hinduism as a map for the culture and the society of the whole subcontinent. So let’s have a closer look on Hanuman from this perspective:

Hanuman is depicted as part human, part monkey. Why is that? In the official interpretations one reads that it signifies that every creature can reach god. But if we understand it internally, inside of the human psyche it means basically the lower human nature, the animal part of us. Seen like that  Hanuman is the human instincts refined by the devotion for Rama and Sita, elevated by the love of god. So, what do these two gods represent? Rama is the avatar of Vishnu, the sustainer. Sita as his Shakti is the avatar of Lakshmi, Vishnu’s energy, the goddess of abundance. The male gods always encorporate a certain aspect of consciousness, a state of mind. Rama’s quality of consciousness is the love for creation, which generates sustainance. Sita as his energy is the divine in an immanent state. She IS creation soaked with the divine, which means abundance. The sustainer and his energy encounter certain situations in life when they are powerless. Some of these situations contain fighting and battle. The sustainer is not a fighter by his nature. Anihilation is not his business, maintainence is. Therefore Shiva, the destroyer, came to him in the shape of Hanuman. But only if the destroyer is deeply devoted to the sustainer he can be a saviour.

But what happens if the situation decays? What if the players themselves loose their original identity? Then everything becomes perverted.

India has been going through tremendous changes within the last 20 years and these changes are still going on. The Indian economy is one of the fastest growing on the planet. And everybody is very curious whether the new government will be able to keep its promises about boosting the economy.  But there are shadow sides as well … as there always are in all things. Economic growth doesn’t have the focus on sustainance. In the light of economic growth sustainance is stagnation and therefore not really conducive. So the Indian society – which has been sustaining itself for thousands of years for better or worse – focuses on sustaining growth. Through this the archetype of the sustainer (Vishnu) changes his attitude. He is shifting from sustaining creation to material increase. Therefore his shakti (Lakshmi) is not abundance (on all levels) anymore but pure material profit, money. Thereby their attitudes toward each other also change. Rama’s love for creation becomes reduced to lust … and lust for money is greed. This transformation happens in the heart of the destroyer (Hanuman) and his devotion becomes fearful.

As an outsider I am free to perceive and interpret the Hindu-pantheon in a psychological way, as archetypes running like undercurrents through the whole nation. I saw things changing dramatically:

So what will happen to Hanuman now? What happens to the destroyer (Hanuman/Shiva) if his devotion for sustainance (Rama/Vishnu) and abundance (Sita/Lakshmi) becomes servitude of greed and money? What does the lower human nature do if the ideals it has been striving for are taken away and replaced by the lowest of the profane?

The destructive forces were always there in India. Shiva is called the destroyer of evil. In the shape of Hanuman he has had a vital function in Indian society. He served the purpouse of sustainance inspired by the love beween Rama and Sita. But now he is robbed of his bhakti and he fears what this might lead to.

There’s evil growing now in Hanumans heart … and he is scared.